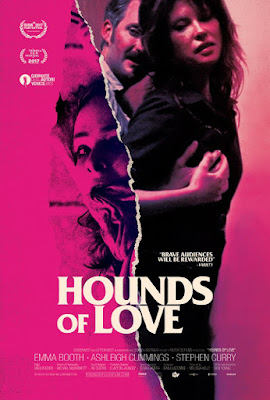 Shit, between movies like In Her Skin, Wolf Creek, Snowtown Murders, and now Ben Young's debut, Hounds of Love, I don't think I'll ever get my ass to Australia anytime soon.  I hadn't even heard of this little piece of cinema until last week when I saw a trailer for it and as a lover of all things rooted in true crime, I knew Hounds had to be up my alley.  Apparently it's gotten positive feedback on the festival circuit and it's not hard to see why.
++ENTER AT YOUR OWN RISK++
Posted by To Avoid Fainting at 10:07:00 PM No comments:

If you follow me anywhere else on social media, you know that us folks here at To Avoid Fainting just got back from 2017's Texas Frightmare Weekend!  We had such a blast and came back with new friends, bruised livers and sore legs, and a big heap of merch from several of the buttload of vendors that were in attendance.

I don't think I'm going to post the following pictures in any particular order, so just enjoy! 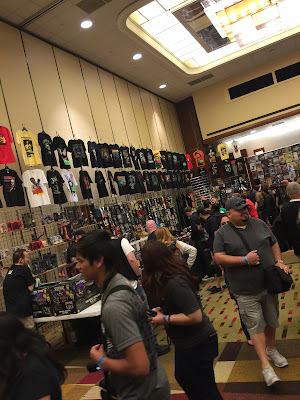 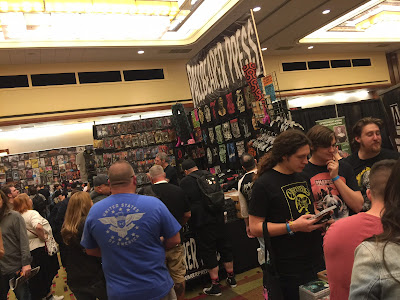 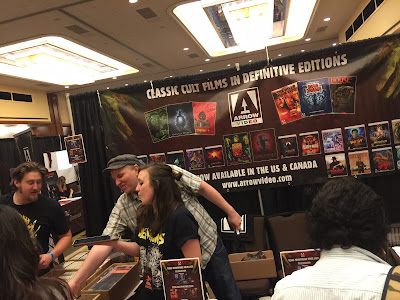 Arrow Videos had such an impressive selection of blu's that we couldn't help but pick up a few for ourselves (which means more reviews to come!) 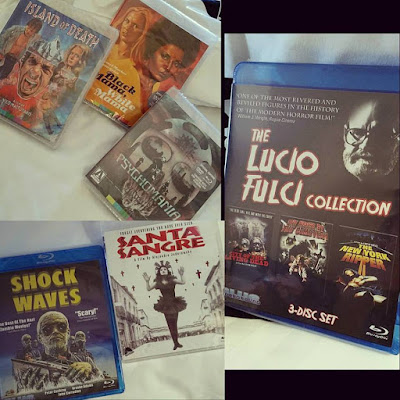 As you can see we stopped by the Severin Films booth as well for more films! 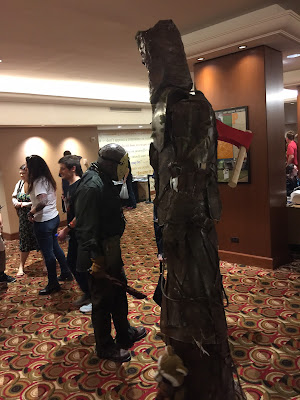 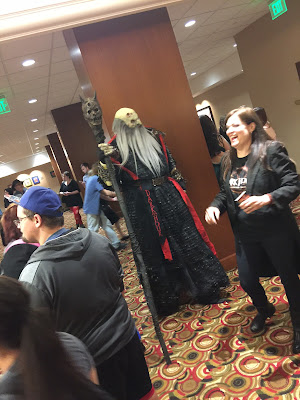 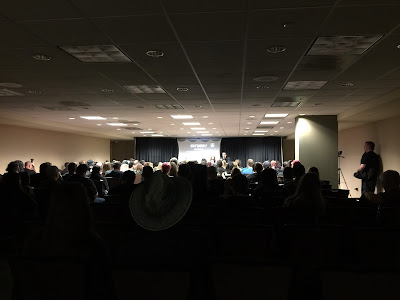 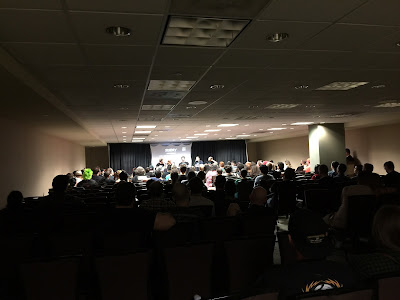 Sorry for the potato quality, but we also attended the Blumhouse.com panel (hosted by Rebekah McKendry, who is a total sweetheart - and Ryan Turek, who I believe, is Director of Development for Blumhouse) which was fascinating hearing them discuss the films on the roster, some of the ins and outs of the website, and a few future projects in the works.

In that same group of folks, we also attended a live recording of their podcast, Shock Waves which I highly recommend to anyone who has a deep love and appreciation for horror. 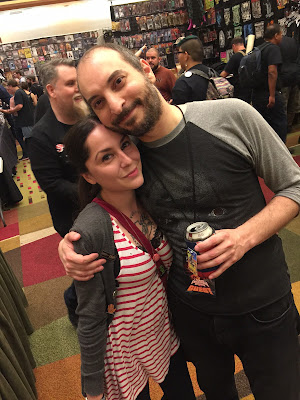 All of that also means I finally got to meet the awesome and funny, Rob Galluzzo, who is the Senior Editor at Blumhouse.com

Saturday is/was the busiest day of the convention weekend!  Every square space was full of people milling about meeting their favorite actors/artists/directors or buying something from the insane amount of awesome vendors that were posted up. 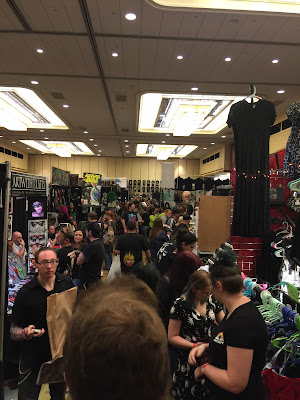 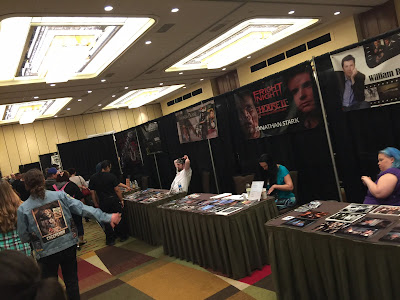 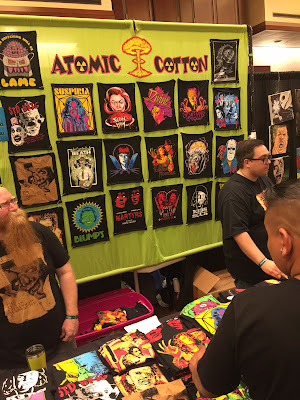 It pains me to say that I never got around to meeting one of my favorite directors, Dario Argento, who was one of the guests this year.  I swear, we had the worst luck every time we tried to get in line (they seemed to always have "capped" the line at the moments we walked up)!  I'll just be content with the fact that I saw him in person from 10 ft away and breathed the same air as him!  Is that creepy?  OH WELL. 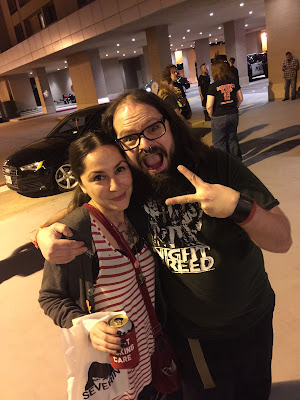 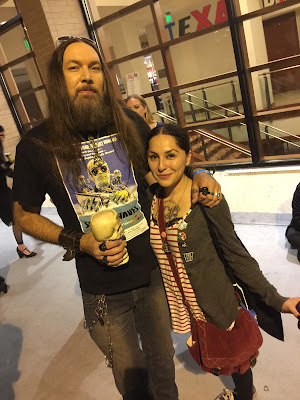 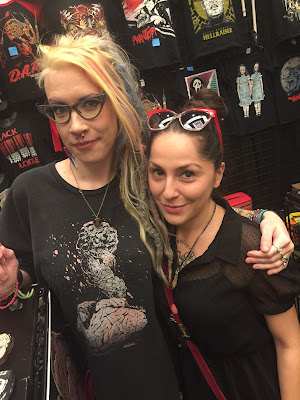 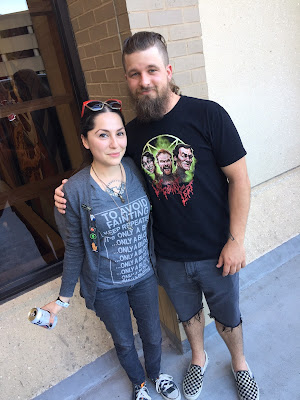 Of course we couldn't go and NOT rep TAF! 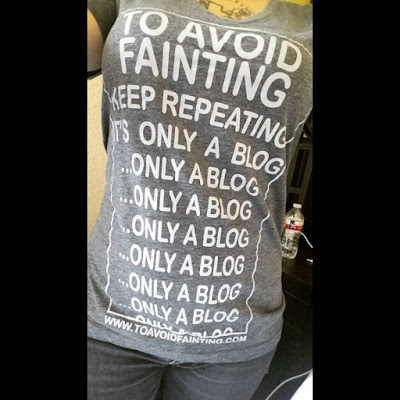 Adam was particularly excited about his Monster Squad prints from London1888! 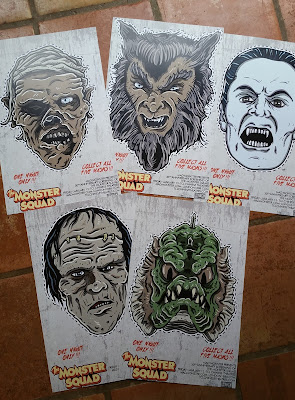 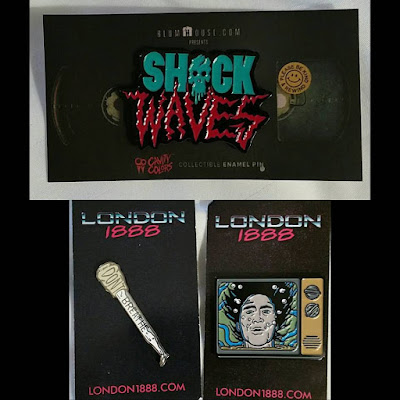 (how amazingly gross is that fucking Don't Breathe pin!?)

London1888 has this pretty badass Texas Chainsaw Massacre/Whataburger bundle exclusive to TFW.  Which, OF COURSE, as loyal Texans, we had to purchase! 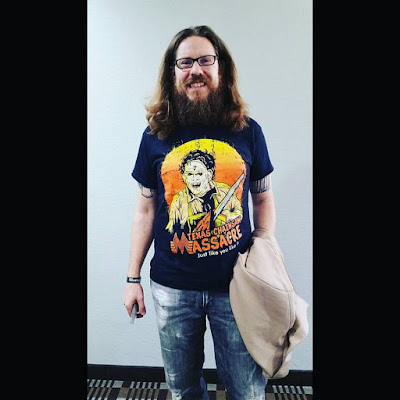 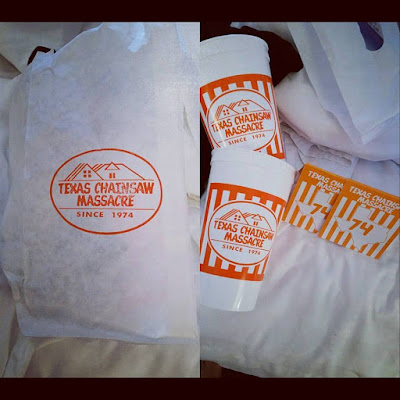 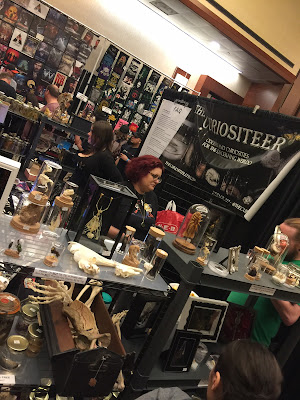 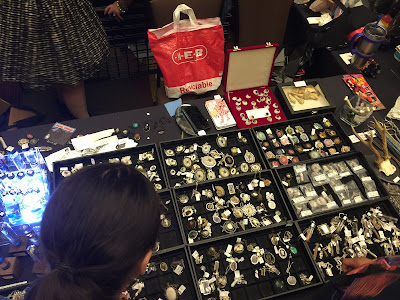 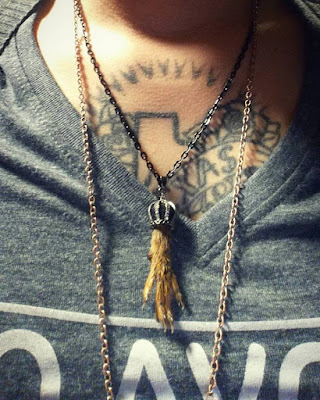 Real squirrel foot necklace!  I never thought I needed one until this past weekend.

There was even an auction for the "Jane" used to promote The Autopsy of Jane Doe!  Even more awesome, all proceeds went to StopTheStigma.org 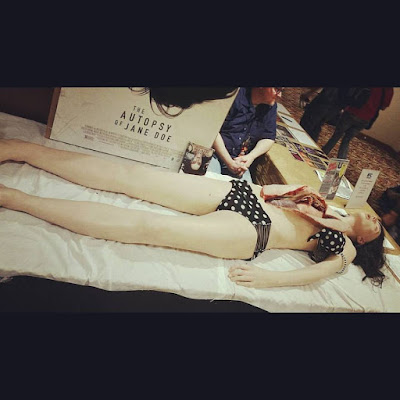 To sum our weekend up, it was an absolute blast.  Hopefully next year we can attend and participate in even more shenanigans! 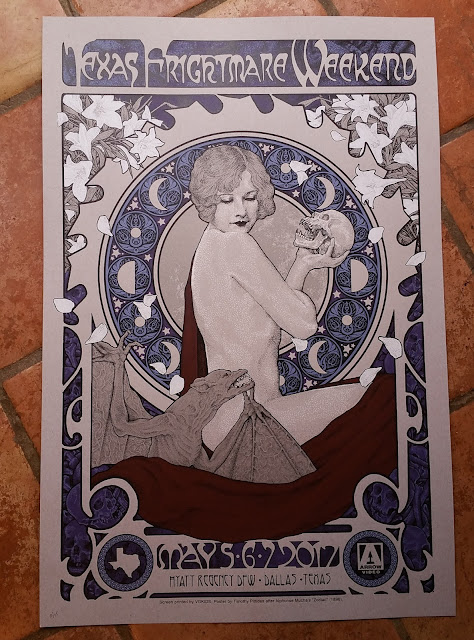