Happy Halloween everyone!  Every horror lover's favorite day is finally upon us and with that we bring you the 4th and final episode of our Halloween Edition Horror Huddle episodes.  Ash and SB are joined by Adam and Chris (who you might recognize from our earlier review videos) to talk about the loved and lauded episodes from ROSEANNE- their Halloween episodes!  We talk about all 8 of them; the good, the bad, and the ugly.

Find us on Instagram:
staceybethh || e.txcountryboy
Posted by To Avoid Fainting at 7:21:00 PM No comments:

This week we have on a regular, Adam, to discuss the cult classic NIGHT OF THE DEMONS!  Starring Linnea Quigly and.....some other people?  We delve into Quigley's penchant for nudity and whether or not the movie is a "classic" for the right reasons.

Find us on Instagram:
staceybethh || e.txcountryboy
Posted by To Avoid Fainting at 6:24:00 PM No comments:

Not only am I sucker for horror movies, but I also have a sweet spot for anything spooky in written form.  I have quite the little collection of books ranging from the occult and true crime to books on the paranormal and movie novelizations.  If you're like me, you'll appreciate the gem I found a few months back in the form of online bookshop, La Creeperie.

As you can see from the screenshot above, their shop has quite an array of "genres" to choose from, with the majority related to all things spine-chilling. 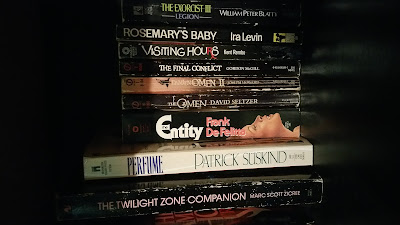 These are just a few of the titles I've acquired from the shop.  Clearly I have a thing for horror movie novelizations. Woops!

What I also love about the shop is the awesome prices.  You'll find some awesome titles that are super affordable (of course the real special books are higher in price, but well worth it).  While checking the site today, I noticed they're currently having a Halloween sale with all items being 15% off, so don't sleep on La Creeperie and go snag some kickass reads!

"Only 10 nights of Halloween?!" Yes, only 10.  We got a bit of a late start on the list-making and figured since there are several other awesome websites doing their own "31 days of Halloween" watchlists, we'd keep it easy and give you our 10 picks each for this Halloween season. 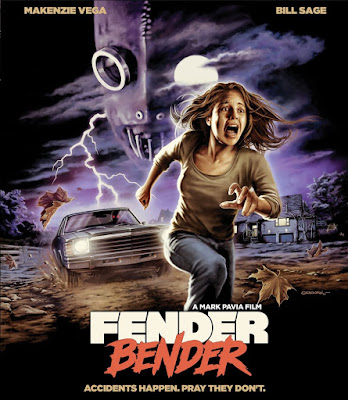 The slasher movies of the 80's seem to hold a special place in the hearts of the majority of us in the horror community, but at the same time we tend to side-eye anything that comes out nowadays that even resembles a slasher.  Mostly because anything done now that follows the slasher formula ends up feeling tired and also because it's hard to create an iconic villain with the likes of Freddy or Michael (that's not to say there aren't a couple out there that are up to par, but it's usually few and far between).

It's that time of year, y'all!  We're back again this year with our "Halloween Edition" of Horror Huddle.

Okay, I know we're a litttttle late on the first week's video, but technology really hates us this year.  That said, here it is!  We talk about Stan Winston's cult classic, PUMPKINHEAD, starring Lance Henriksen.

Stay tuned for week 2's (posted in a few days) video where we discuss the Halloween staple, HOCUS POCUS. 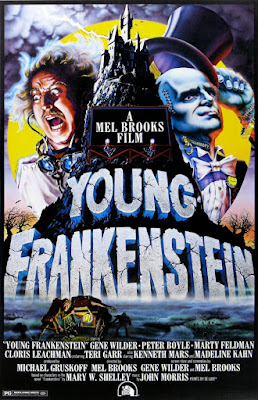 I typically don't go to movie theaters as a rule.  Why pay $15 for one movie ticket then pay way too much for the food there when the movie you are about to see might be horrible? So it means something when I actually throw down that ungodly amount for a ticket to see something on the big screen. This time it was for Young Frankenstein.
++ENTER AT YOUR OWN RISK++
Posted by To Avoid Fainting at 6:16:00 PM No comments: 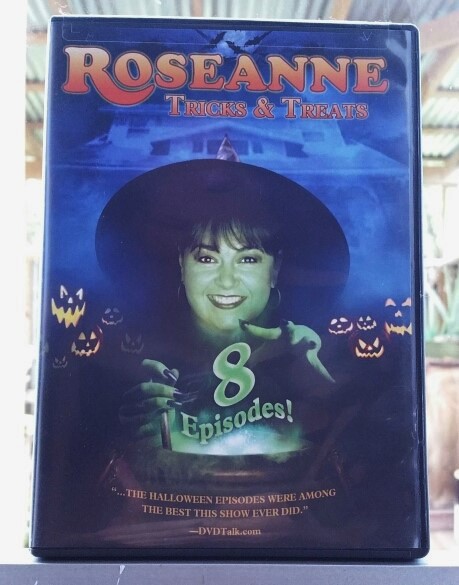 Roseanne will always be one of my favorite tv shows of all time (and I don't think I'm the only one).  The humor was always on point and surprisingly still relevant, but what I loved the most was the family dynamic.  They didn't give us a cookie cutter, tv sitcom family; they were real just like the rest of us, they had fights and financial troubles.  And they LOVED Halloween!

It's safe to say that the Roseanne Halloween episodes are the best of any sitcom (fight me on this).  That's why my "Pick of the Week" goes to Roseanne: Tricks & Treats dvd released by Mill Creek Entertainment in 2011.  Running at 3hrs and 6min, it features all 8 Halloween-themed episodes (season 1 didn't have one): BOO!, Trick or Treat, Trick Me Up, Trick Me Down, Halloween IV, Halloween V, Skeleton in the Closet, Halloween- The Final Chapter, Satan, Darling. 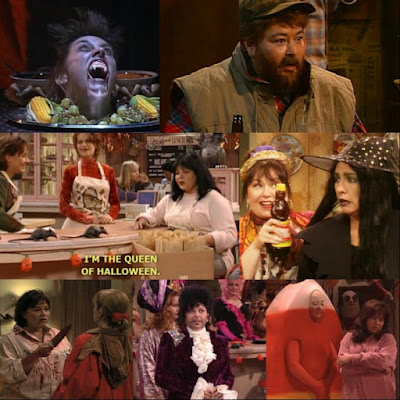 Now I'm going to be honest here, not every Halloween episode is AMAZING.  They really started to lose their spark towards the end of the series, like the rest of the episodes in those seasons, but those first few were classics!  BOO! was the first and probably the best- Roseanne and Dan spend the episode trying to one up each other with spooky pranks to determine who really is "the master!"  And Roseanne dressed as a male lumberjack in the second episode, Trick or Treat is absolutely hilarious. 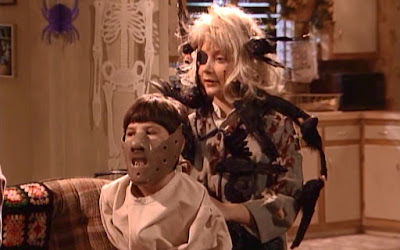 I have to say, though, that the icing on the cake of these episodes were the costumes, by far.  But it wasn't Roseanne and Dan that were best dressed, it was the kids!  Darlene and Becky always had the coolest costumes that I'm still jealous of to this day.  Becky dressed as a mutilated prom queen, Darlene as Tippi Hedren in The Birds, or little DJ as Hannibal Lector complete with straightjacket- they were definitely winning best costume somewhere in Lanford. 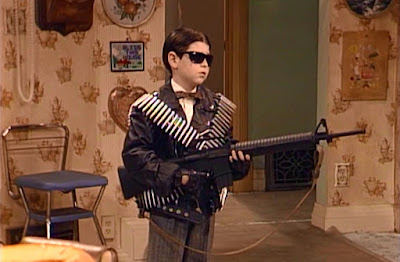 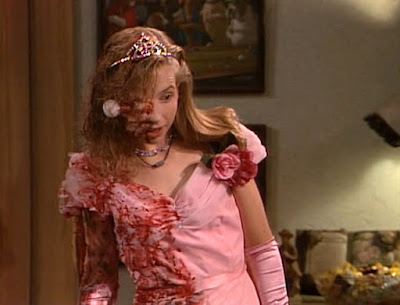 That said, Roseanne: Tricks & Treats is a must-own for any fan of the sitcom and the Halloween season.  And you can't beat that price tag of $5.49 over at Amazon!  So go and buy it and stick around for our episode of Horror Huddle on Halloween when we talk in-depth about the episodes! 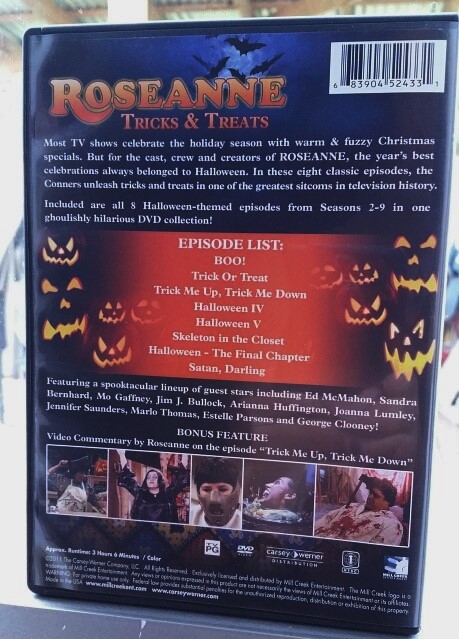